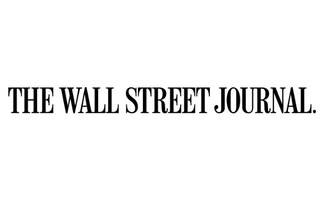 TimelyMD, Uwill and others offer 24-hour access to virtual counselors

(Article can be found here)

College students are increasingly seeking help when they are overwhelmed by academic assignments, drifting toward depression or in the throes of suicidal thoughts, school officials say.

Schools buckling under the heavy demand for mental-health services now are finding help of their own, via virtual-counseling companies.

Hundreds of institutions, from Diablo Valley College in California to Dartmouth College in New Hampshire, are joining with companies including TimelyMD, Uwill and Talkspace to ease the burden on their campus-based counseling centers and give students more options for which counselors to see, when and how. In addition to live therapy sessions and text messaging, some services also have 24/7 crisis hotlines that connect students to clinicians in a matter of minutes.

This fall the University of Kentucky signed a $1 million annual contract with teletherapy company Talkspace Inc. to give students free round-the-clock access to counselors via text and up to two live video or phone sessions a month.

Over the prior six years, the school of 32,000 students had expanded its counseling center staff by more than 50% and stayed open two extra hours each day. Still, its wait list for services could regularly balloon to 80 students, with wait times up to three weeks for an intake appointment, and another few weeks to begin therapy.

Kentucky’s campus is now blanketed with signs advertising Talkspace as a convenient option for students seeking therapy, or who just need some reassurance ahead of a coming exam period or want to learn calming techniques.

“Mental health issues can’t be addressed on a 9-to-5 basis and only in person,” said Sandra Doran, president of Bay Path University in Longmeadow, Mass. She likened the need to address college students’ mental health to the importance of children eating breakfast before school: Without it, she said, “You’re not equipped to learn.”

Forty-one percent of college students screened positive for depression in winter 2021, up from 17% in 2013, according to the Healthy Minds Study, which surveys tens of thousands of students annually.

Positive screenings for anxiety rose to 34% from 17% in that time. Many of America’s young adults are at a crisis point, public health experts say, exacerbated by the pandemic’s startling and prolonged isolation.

Before the pandemic, Bay Path offered in-person counseling on weekdays. But only 26% of the roughly 3,000 students take classes on campus; the rest attend entirely online.

The school is now one of more than 100 that contracted with Uwill, which focuses specifically on teletherapy for college students. Ms. Doran said even campus-based students opt for the more convenient and discreet virtual option—and give the program high marks, according to feedback surveys.

Colleges are trying a range of ways to reach more students on campus. They are offering shorter appointments, encouraging group therapy, creating peer-support programs, referring students to outside clinicians and sending students to workshops on stress relief and mindfulness before starting counseling.

Teletherapy is proving a particularly useful tool in the arsenal of support services. Dartmouth College liked that Uwill could provide unlimited therapy sessions to students, as its campus counseling center focused on shorter treatment timelines. For Swarthmore College in Pennsylvania, Talkspace was appealing because its psychiatric service could provide medication management during school breaks.

TimelyMD, founded in 2017, exploded at the start of the pandemic, as schools hurried to give students access to counselors when campuses shut down. Licensing rules meant therapists based on campus couldn’t necessarily serve students living across state lines.

The company now has 230 school clients, which together enroll 1.5 million students, including a number of California community colleges, James Madison University, University of Chicago and University of San Diego.

Roughly 45% of their mental-health appointments are outside regular business hours, and Mr. Hejl said he sees his company augmenting, not replacing, in-person services.

The share of students who screen positive for depression, anxiety, eating disorders and other concerns but haven’t gotten any treatment is especially large among students of color, according to research by Sarah Lipson, an assistant professor at Boston University’s School of Public Health and principal investigator of the Healthy Minds Network, which runs the Healthy Minds Study. The highest rate of recent treatment for Asian, Black and Latino students who screened positive was at or below the lowest rate for white students, she found.

Teletherapy—particularly access to a more diverse set of counselors than might be available on campus—could prove helpful in closing that gap, she said.

School-based clinicians tend to be a less diverse group than the students they serve, according to surveys of center directors. The ability for students using teletherapy platform Uwill to input preferences—such as gender, ethnicity and native language—to match with a therapist was a major selling point for Western Michigan University.

“They can see a counselor on their own terms, in a way they’re most comfortable,” said Reetha Raveendran, the school’s associate vice president for student affairs and dean of students.

Western Michigan is paying $174,000 a year to give students access to at least three 30-minute live sessions, as well as a 24/7 crisis hotline.

Elisha Ewing, a third-year engineering student at Western Michigan who as a member of the student government was involved in discussions about the Uwill partnership, said Covid-19 “opened up the doors to a whole new demographic of students to have access to therapy.”

“If Covid taught us anything, it’s that things that we didn’t think could happen in the virtual world could be even better,” she said.

Bring Uwill to Your Campus in 10 days!

Uwill is the Teletherapy Educational Partner of NASPA

Uwill is the Teletherapy Educational Partner of NASPA